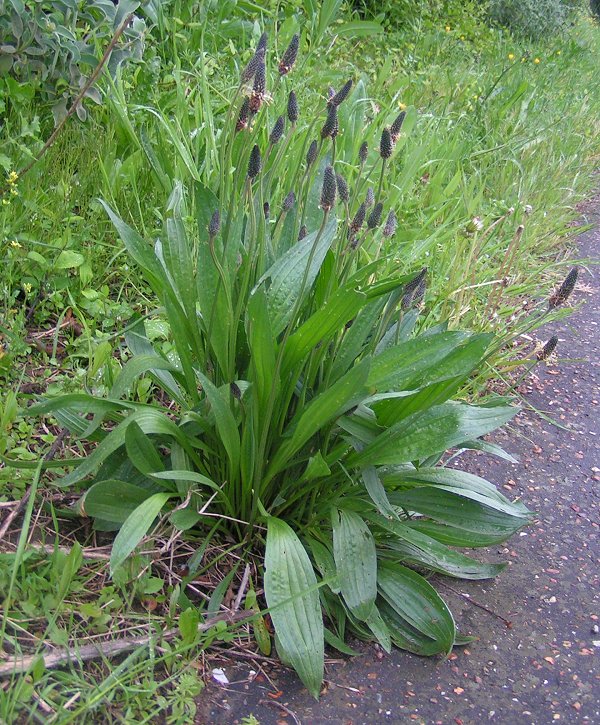 It can also grow in partial sunlight and other kinds of soil too, with the result that the foliage become larger and taller. It is able to withstand, unlike most other plants, mowing and trampling.

English plantain can be found in many disturbed areas such as by roadsides, lawns, fallow fields, vacant lots, and cracks in pavement. It can be seen throughout the USA in every state, as well as much of Canada.

It is an attractant to very few insects due to the flowers being wind pollinated. It is largely the larval stages of some butterflies and moths that feed on the foliage, and sparrow like the Grasshopper Sparrow that feed on the seeds. It’s not uncommon to see cattle, deer, and rabbits also eat its foliage despite it having a bitter taste.

One of the ways and reasons why English plantain can be found in a wide range of areas is due to its seeds that become sticky when wet.  The seeds are spread into new areas by clinging onto shoes of the bottom of animals’ feet.

Some herbalists like to use the leaves to make tea out of, as well as to treat various respiratory problems like coughs.

Out of all the plantains the English plantain is the most allergenic and sheds the most pollen. 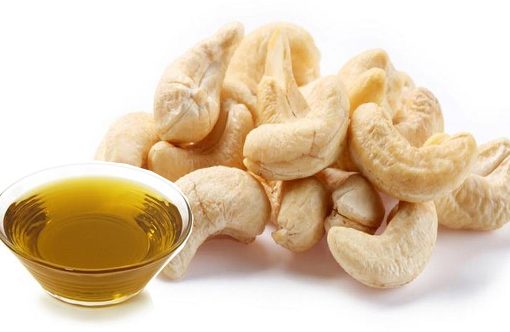 Native to Brazil but also found growing in Africa, India, and parts of Asia the cashew is a lucrative crop for many […] 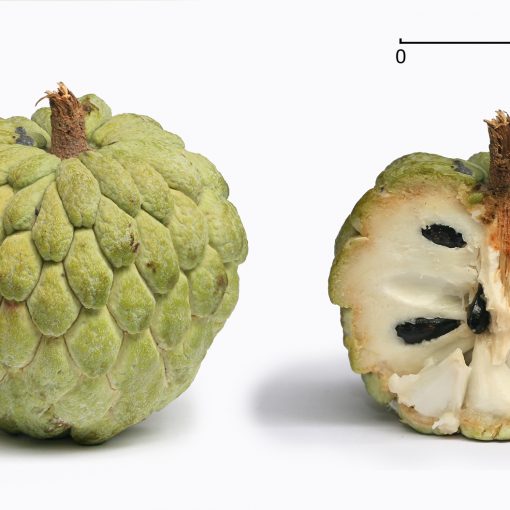 The cawesh, also known as Annona scleroderma or Poshe-te, is one of the most uncommon Annonas. It produces a fruit that is […] 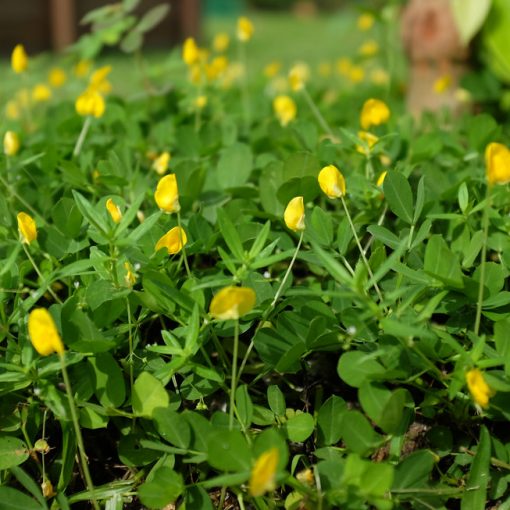 The pinto peanut, also known by its scientific name Arachis pintoi, is a low growing, creeping, perennial tropical legume that is useful […] 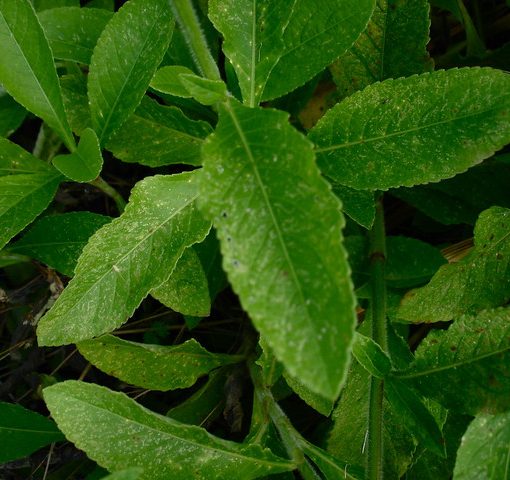 Elephantopus mollis, also known as elephants’ foot, is native to the American tropics. It is also found in the Pacific, Asia, and […]