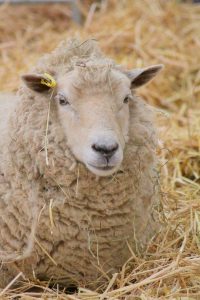 Hay is the product from a cut and dried pasture or crop. It can be made into large round bales, or small, medium or large square bales. Large round bales are the most popular, being the cheapest to make and safest to store in the open, uncovered. Hay is usually baled, but if required for chaff it is sometimes harvested with a reaper and binder and made into sheaves.

In general, the later the hay is cut the higher the yield (in tonnes per hectare), but the lower the nutritive value of the hay, due to a decline in protein content and digestibility. For cereal hay, yield will be highest if cut in the mid to late dough stage, but protein and metabolisable energy content will be highest if the hay is cut between flowering and the milk stage.

If hay feeders are poorly designed or maintained, or if hay is fed on the ground in wet weather, wastage levels can be high, even if the hay is very palatable. Hay wastage can have a significant effect on profitability when feeding carry-over lambs in autumn.

One study showed that 43 per cent less hay was required to finish crossbred lambs fed from a covered rack compared to a control group offered the same hay uncovered in the bale on the ground.

The growth rates and carcase characteristics of the two groups of lambs were similar but the overall feed costs (including the same amount of grain fed to each group) were 26 per cent less for those fed the hay in a covered rack.

Hay that is made to salvage a diseased crop may be of poor quality for sheep, due to low palatability or low energy or protein levels. However, a frosted or failed crop may produce a hay of reasonable protein and metabolisable energy content if it is not allowed to deteriorate before being cut.

Frosted crops may produce a hay that is readily eaten by sheep as the sugars trapped in the plant material may make the hay very palatable. As it is difficult to predict the nutritive value of these hays, laboratory testing is strongly recommended. 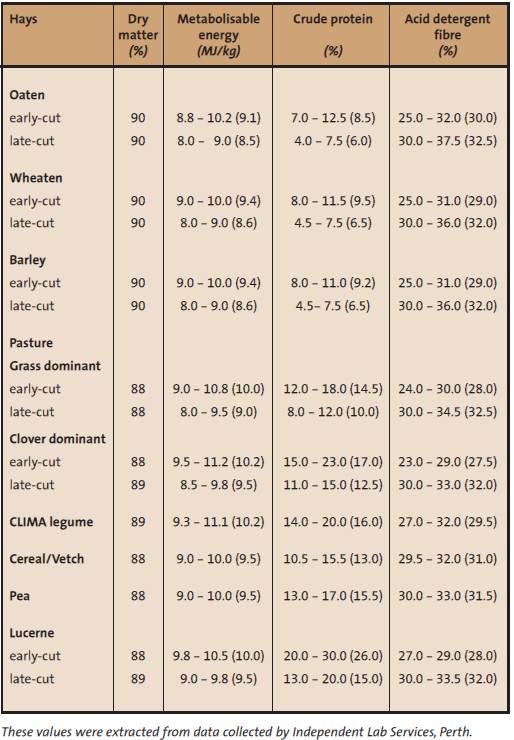 Table 3. The dry matter, energy, protein and fibre content (dry matter basis) of hays. The average across the range of values is shown in brackets.

Hay made from bearded (or awned) wheat may cause problems, such as impaction and abscesses, particularly in the mouths of cattle and horses.

Cereal hay containing toxic rye grass has been responsible for ARGT deaths in sheep, cattle and horses. If there is a possibility that hay may contain toxic rye grass, testing is strongly recommended.

If a cereal crop is to be sown specifically for hay, consider instead to sow a mixture of a cereal and a legume.The legume may be a vetch, pea, clover or medic. The cereal and legume varieties chosen to grow together should have similar flowering times. A mixed cereal-legume hay crop is potentially superior to oaten hay for the following reasons:

• The nutritive value for sheep will be greater, because it is likely to be more palatable and have a higher protein, calcium and metabolisable energy content.

• A following grain crop may benefit from the extra nitrogen provided by the legume.

• A greater weight of hay – as much as 20 per cent more – may be cut from the paddock than from the cereal alone.

• After the hay is cut, the paddock will provide more grazing because it will be more nutritious than that provided by a cereal stubble alone.

The composition, and therefore the feed value, of pasture hay can be extremely variable. Generally, the higher the legume content the better. Remember that pasture hay may contain nuisance or toxic weeds, such as Paterson’s curse, bracken, barley grass, Cape tulip or herbicide resistant or toxic rye grass.

Lucerne is sometimes referred to as the “King of Fodders”, for good reasons. Well-made lucerne hay is a highly valued fodder, particularly by feed millers, fodder exporters and horse owners. It can be an excellent feed for sheep but it may not be economic to feed it to them, especially if the feeding system allows high wastage, by shattering of the most valuable component, the leaves.

Lupin hay is a very palatable fodder, of reasonable quality, for sheep. However, the different types of lupins present different risks from lupinosis.

With the commercial narrowleafed lupins, lupinosis can be avoided by cutting the lupins no later than the finish of flowering on the tertiary branches. Rapid drying is necessary, so it is recommended to condition the lupins as they are cut. The strategic cutting time and rapid drying are crucial to avoid lupinosis. Unfortunately, the conditions are more difficult to be met with the blue or sandplain lupin.

These plants are self- sown and there is always a considerable variation in the stage of growth of plants in the stand. They also tend to have thicker stems than the narrow-leafed lupins, so take longer to dry.

The end result is that although sandplain lupin hay will be less toxic than adjacent standing lupins, the toxicity is often not reduced sufficiently to avoid lupinosis. Cutting the sandplain lupins closer to the start of flowering may overcome these problems. However, this reduces the amount made and wet weather is more likely to be encountered during the drying period.

Hay freezing is the practice of spraying a green pasture or crop with a herbicide, such as glyphosate or paraquat, to stop further growth and conserve the nutritive value of the standing plants for later grazing in situ. A similar practice, called brown manuring, is done primarily for weed control.

The nutritive value of hay frozen fodder can be quite high, depending on its components and time of spraying. Time and labour are saved compared with conventional hay making. The technique is not suitable for areas with wet summers because rain will leach out and break down the nutrients in the plants.

Most types of straw provide only roughage for sheep. This is because most have high levels of indigestible material and a low protein content. Not surprisingly, they are also usually not palatable to sheep. Nevertheless, the straws collected from the header rows of low yielding crops  have been found to be of quite good nutritive value.

Furthermore, the performances of sheep that grazed stubbles, as well as their utilisation of these stubbles, amazed many sheep producers. Again, a good reason why baled straws should be tested for protein and metabolisable energy content.

Various methods have been tried to improve the nutritive value of cereal straws. These have included treatment with sodium hydroxide, ammonia or urea, or spraying with molasses. The treatments are relatively expensive, and some are potentially dangerous to the operator or toxic for sheep. In any case, no matter how straw is treated, sheep will lose weight if that is all they are fed. 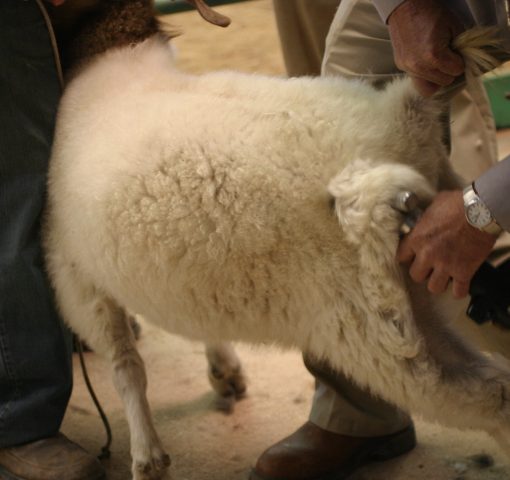 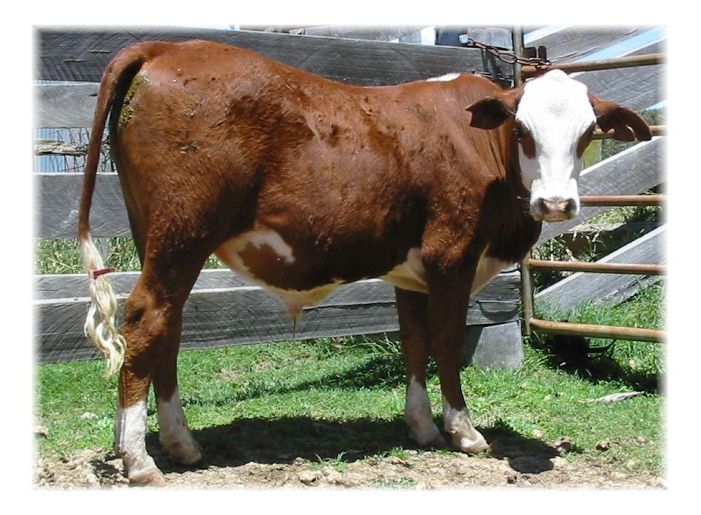 Flexibility One benefit of crossbreeding is being able to quickly alter particular characteristics of a herd for a specific purpose as follows. […]

Today goats are still an important element in the simple economy of various tribes on the African continent, in the Middle East […]